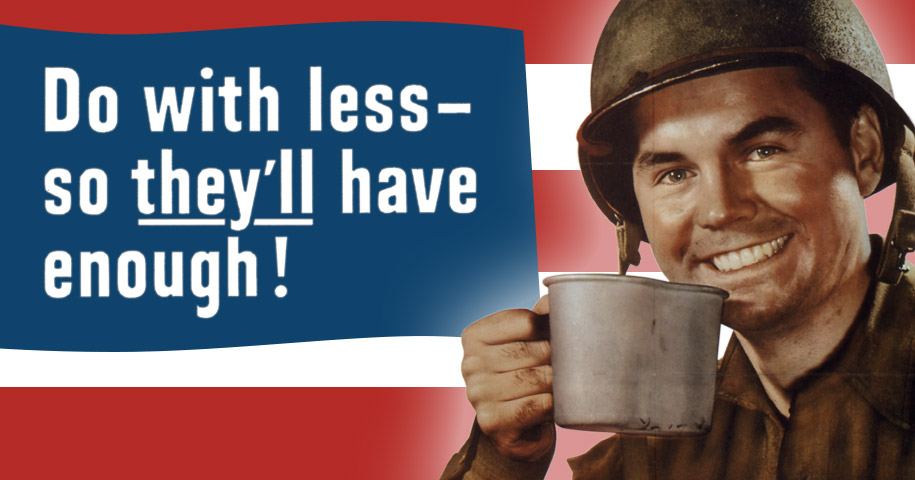 As we prepare to tuck into a wonderful feast this Thanksgiving, let’s take a minute for a double-helping of gratitude for the quantity and variety of the food on our plates…it hasn’t always been available. Wartime food and supply rationing, particularly during WWI and WWII, meant that the home front was much more involved in and affected by foreign wars. Supply chains were disrupted, materials commandeered for the military, and particular food products reserved and produced exclusively for soldiers on the front lines. Americans were asked to reduce their use of common products and fundamentally change the way they eat, with some surprisingly lasting effects on the American diet and lifestyle.

Worry that morale would fall if forced rationing was implemented resulted in no government mandated rationing during WWI, despite a need to conserve food and supplies. Thus the United States Food Administration was established (August 10, 19171) and future president, then private citizen, Herbert Hoover appointed as its head. Hoover began a “curb your consumption” propaganda campaign to coax Americans to voluntarily cut back their food consumption.

Using the slogan “Food Will Win the War” and phrases such as “Meatless Tuesday” and “Wheatless Wednesday”, American’s were asked to reduce food waste and forego meat, wheat, fat and sugar. Several of these WWI calls to action have resurfaced in recent years, including the idea of eating meatless one day per week, growing your own garden or keeping backyard chickens, reducing waste, and using meat substitutes…even the idea of changing a food’s name to something more patriotic—”Liberty Cabbage”3 anyone? The result was a drop in national consumption by 15% in a 12 month period (New York City Hotels saved 96.75 tons of meat in only one week)2, demonstrating the strong spirit of volunteerism felt by the entire nation.

Another by-product of WWI rationing? Self-service supermarkets. As more “exotic” foods came to be in higher demand (canned seafood, margarine, hominy) and fewer men available to pull and deliver groceries, the local markets gave way to the self-service stores we know today in order to place more of the workload on the customer. Aisles of food and checkout lanes allowed shops to carry more diverse offerings at lower prices.3

After the attack on Pearl Harbor in 1941, it became apparent that voluntary conservation was not going to be enough to make up for the shortages caused by restrictions on imported foods and goods. Most immediately, rations were placed on tires and gasoline, followed quickly by sugar. Rations on coffee, meat, cheese, fats, canned fish and canned milk were implemented by March 1943.

Two types of rationing existed during WWII. The first was based on one’s ability to justify a need, mainly used for gasoline. The second was a system of even distribution to each person, used for things like sugar and coffee. In the first system, a classification system was developed. Each person who appeared before the local War Price and Rationing Board was allotted a classification which denoted what supplies they were allowed: A (3–4 gallons of gas per week), B (up to 8 gallons per week, generally military industry workers), C (“essential” to the war effort such as doctors), T (truckers) or X (unlimited supplies and highest priority).4

The second system involved ration books where stamps were exchanged for goods and commodities. Blue stamps were used for processed foods and red stamps were exchanged for meat and butter. The first food item to be rationed was sugar. All sugar sales stopped on April 27, 1942 and resumed on May 5, rationed at a rate of about 50% of normal consumption. Restaurants and bakeries were required to operate at about 70% of normal usage4. While restrictions were lifted from most products and goods when the war ended, sugar continued to be rationed until June 19475.

“Fools can waste: it needs intelligence to cook economically”6

One of the most common ways that housewives received rationing inspiration and encouragement was through magazines like Good Housekeeping. While some magazines didn’t change tone or content during the war, Good Housekeeping proclaimed that “Every item of our apparatus and every operator there-of is now at our Government’s command. Cheerfully we set aside our routine duties to undertake such emergency tasks as are assigned to us.”7 In keeping with that mission, they began promoting the use of new ingredients, planting gardens, and creating meatless meals recipes. They also helped women to efficiently use their rations to create meal plans that still met suggested nutritional requirements.

Once again, wartime rationing made a lasting effect on American culture. The anti-staling additive used in grocery store bread to give it a longer shelf life was developed at this time by military scientists.8 The U.S. military asked the Boiardi family to begin canning their Italian food to produce as military rations, revolutionizing the canned food market and creating the famous Chef Boyardee brand.8 Frozen foods rose in popularity as canned foods were rationed for military supplies and dry dog food was created once manufacturers were no longer able to use tin cans.4

After the war, there was a rash of new foods introduced to the civilian markets that had previously been developed for the military. Canned meat, which was included in every soldier’s K-ration, brought Spam to the general public. Frozen orange juice concentrate by the precursor company to Minute Maid began using equipment originally built to develop penicillin during the war. Another staple of the K-ration, the fruit bar, became the precursor for granola and energy bars found in today’s stores.9

With these changes in consumption brought changes to the rest of American life. Refrigerated trucks were invented and large freezer sections were developed and placed in supermarkets. Farmers began to change what and how they grew crops and some of America’s most ubiquitous brands and products were born, including Cheerios, Reddi-Whip, and M&Ms.9

Another particularly timely byproduct of wartime rationing is the National Thanksgiving Turkey Presentation. In addition to “Meatless Tuesdays” came “Poultryless Thursdays”. Not as easy to say and not appreciated by the National Poultry and Egg Board, nor restaurants and homemakers alike. The board became particularly incensed once they realized that Thanksgiving, Christmas and New Year’s Day all fell on a Thursday that particular year. The government relented in time for Thanksgiving, but not before President Harry Truman received crates of “Hens for Harry”, live chickens sent to the White House in protest. To ameliorate the situation, Truman was presented with a turkey that December by the poultry industry; the first official presidential turkey presentation.10,11

While the thought of rationing on Thanksgiving probably makes you cringe, drawing on the spirit of sacrifice, gratefulness and volunteerism which it has come to exemplify makes a fitting combination. Why not try one of these wartime recipes for your get together? At the very least, it will make an interesting conversation starter.

Sift together the flour, baking powder, salt and spices. Add bread crumbs and raisins. Beat egg, add water and corn syrup; add this liquid mixture gradually to the dry ingredients. Stir thoroughly. Turn into greased moulds, filling them a little over half full. Cover and steam for about two and a half hours. Serve with a sauce or with milk. 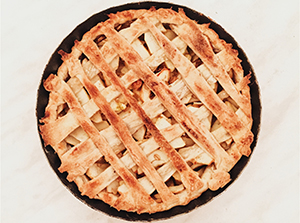 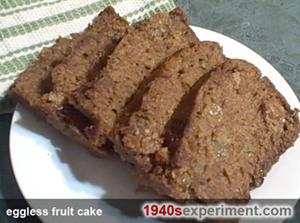 Have a Happy Thanksgiving from the Warhawk Air Museum!

GREAT STUFF! Thanks for keeping” the can do American Spirit a live.” Our Nation needs to remember that God does provide and expects us to use provisions wisely. Does anyone know what wisely means anymore?

Where are you from?
Georgia Peach
0