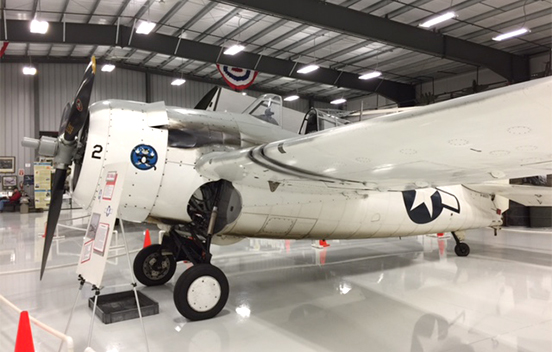 Past Visitor
Designed in 1939, the Grumman Wildcat was America’s most capable naval fighter in the battles of the Coral Sea, Midway, and Guadalcanal. By exploiting its advantages of firepower and armor, and using advanced tactics, the Wildcat competed successfully against the faster and more agile Japanese Zero.

The FM-1 Wildcat evolved with Eastern and Grumman collaborating on the new FM-2 Wildcat design, which was required by the USN for its “Jeep” or Escort Carriers. The FM-2 Wildcat was the most numerous and best performing Wildcat with 1,350 horsepower, bigger vertical tail surfaces and more fuel capacity, earning the name the “Wilder Wildcat.”