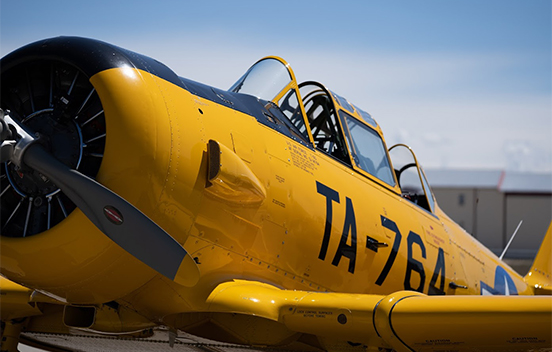 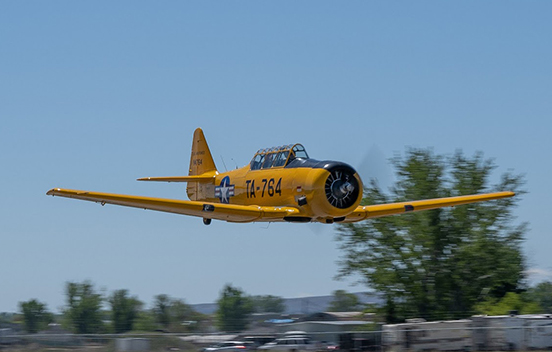 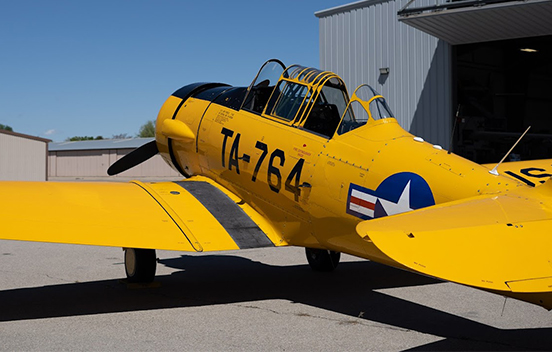 The lineage of the T-6 design can be traced back to 1935. From 1938 to 1951 over 14,000 aircraft were built. Known as the “pilot maker” the North American T-6 Texan was the final hurdle facing World War II pilot candidates and was used by the United States, Canada, and England to prepare them for combat. After World War II, it continued to be used as a trainer all around the world until the 1990s.

The Warhawk Air Museum, through donations, was able to purchase our T-6G from the estate of Anthony “Tony” Banta. Tony was an Air Force test pilot, an astronaut candidate, and a restorer of historic military aircraft. In addition to the T-6, he owned and operated a beautiful P-51 Mustang, Curtiss P-40E, Grumman Bearcat, and Supermarine Spitfire. We feel honored to preserve a part of his legacy.