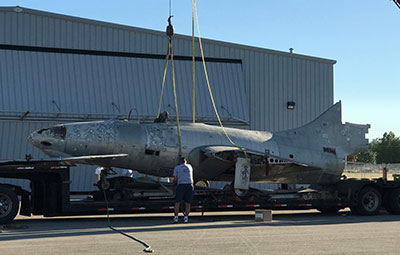 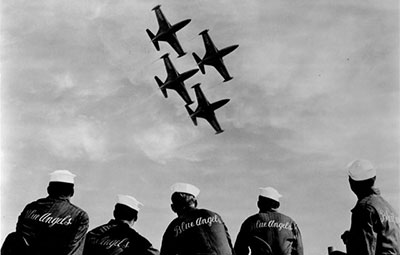 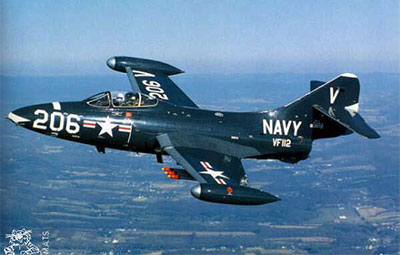 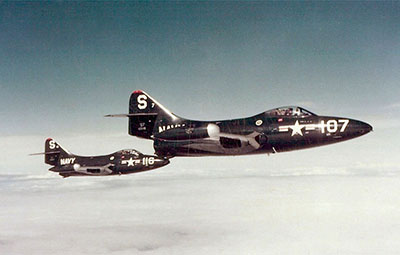 The F9F-2 Panther was Grumman Manufacturing’s first jet fighter, first used in 1949 by the Navy’s Fighter Squadron (VF) 51. It first saw combat on July 3, 1950 flying strikes from the USS Valley Forge. During the Korean War, it was used in strikes by both Navy and Marine squadrons and flew 78,000 sorties. A total of 1,382 F9Fs were built before evolving into the Grumman F-9 Cougar.

The F9F was notably flown by future astronauts Neil Armstrong and John Glenn and by Boston Red Sox all-star Ted Williams. They were withdrawn from front-line service in 1956, and from Reserve service in 1958.

The Panther was the first jet aircraft used by the Navy’s Blue Angels from 1950 to 1954.