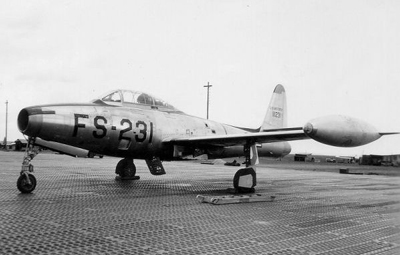 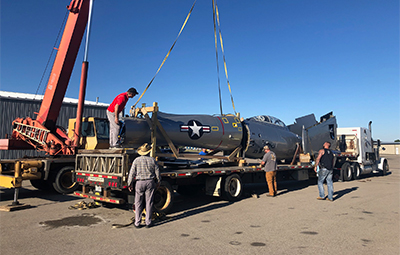 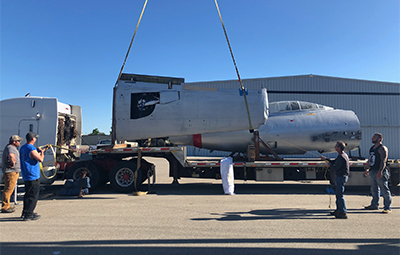 The F-84 has served many functions during its service life and gone through many iterations. Republic Aviation first came up with the design for a single-engine, straight-wing jet fighter in 1944, as a successor to the Republic P-47 Thunderbolt, but early models had considerable problems and the program was almost cancelled. The initial production version, the P-84B (F-84B), was delivered to the USAAF in 1947, but was soon nicknamed a “Mechanic’s Nightmare” and an update program was begun. The F-84C followed, but had problems with the ejection seat and became unpiloted drones for the US Navy. The F-84D remained a “Mechanic’s Nightmare” and it took until May 1949’s F-84E for a useful machine.

The F-84G, delivered in 1951 and used heavily during the Korean War, was the final version of the Thunderjet before the plane evolved into the F-84F Thunderstreak (a swept-wing fighter version) and the RF-84F (a swept-wing reconnaissance version). Thunderjets served as day fighters, long-range escort fighters, fighter-bombers and the F-84G served as the USAF’s first operational nuclear strike fighter. By 1953, Republic Aviation had manufactured 4,457 of the straight-wing Thunderjets and they remained in use until Portugal phased out its F-84Gs in 1976.